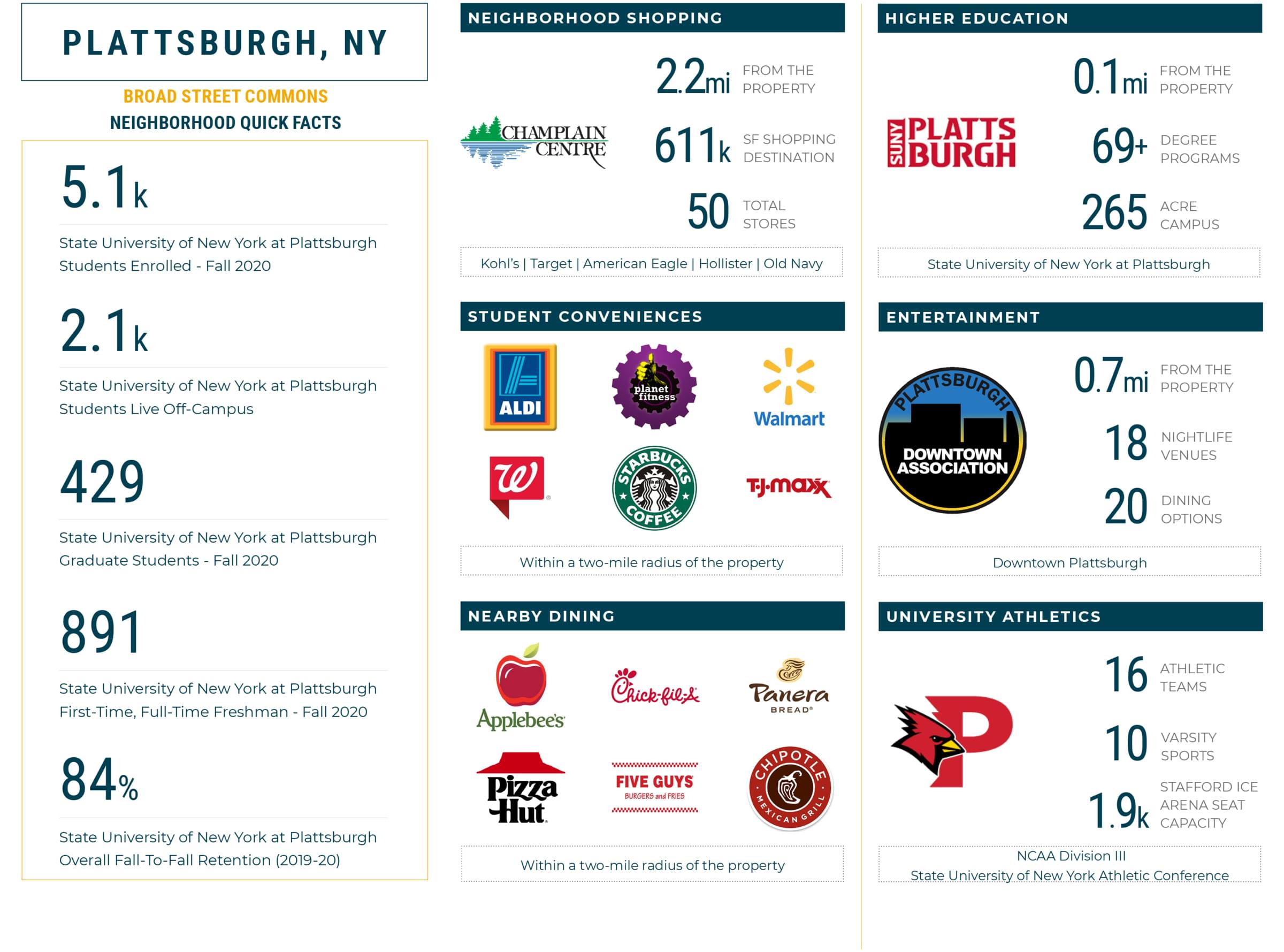 The Green Mountains of Vermont and New York's Adirondacks surround the State University of New York Plattsburgh (SUNY Plattsburgh) campus in the Lake Champlain Valley. Located an hour's drive from Montreal, Lake Placid, and Burlington, the region provides students with rich recreational and cultural experiences. Since its founding in 1889 as a teaching college, SUNY Plattsburgh has had a strong history of meeting regional and statewide needs for higher education. Ranked among the top public universities in the nation, SUNY Plattsburgh offers over 60 undergraduate and graduate degrees in a wide range of disciplines. ​ It is also a major driver of economic well-being for the community, generating $307 million in economic activity annually.

At the start of the 2020-2021 academic year, the State University of New York's Plattsburgh campus welcomed 5,109 students, of which 4,680 were undergraduates and 429 were pursuing graduate or professional degrees. The university takes pride in its diversity and recruits students from around the globe, representing 64 different international countries. The current cohort also comes from approximately 28 states, largely from New York, Vermont, California, and New Jersey. ​ Over 91% of university students are New York state residents, contributing an educated labor pool to the regional workforce.

State University of New York's Plattsburgh campus requires students to live in university-affiliated housing for two academic years. Before the Covid-19 pandemic, only about half of undergraduate students typically request to live in residence halls. At full capacity the university can only accommodate 58% of the current student body, leaving more than 42% in need of off-campus housing.